The Olson Project - A Family foundation

Inspired by “life as we know it” through the lens of Dan Olson, The Olson Project Foundation was born out of a lifelong passion for helping others paired with life altering tribulations. From watching life take a total 180 (twice), to resurfacing with a clearer vision for the purpose of life, Dan’s intentions go far beyond the surface level of ensuring everyone has the opportunity to come out on top.

The Olson Project was founded with a specific focus on two main areas of need: ​

Men are less likely than women to seek help for depression and over 6 million men in the U.S. suffer from depression each year. Dan kept a major secret for over 15 years that began when he first lost his older brother at fourteen years young.

​The tragic death sent him into a downward spiral faster than he could grasp, as reality hit that his mentor, role model and brother was gone from his life. Quickly becoming very depressed and suicidal, he waivered in and out of these thoughts, never really feeling the same. The additional expenditures of life only added to his mental state as stress, deadlines, friendships, heartbreaks and fear for the future – kept him a prisoner to his mind.
​
For those who don’t know Dan personally, would be shocked to now learn that during these 15 years Dan was known to many as one of the most friendly, sincere, able bodied, funny and overall incredible individuals they knew. Struggling with many days of not wanting to be alive, Dan was able to mask his inner trauma with his huge smile and compassionate personality.
​
​Through discovering the Movember Foundation in 2016, Dan was finally able to ask for help, understanding that he’s not alone and he doesn’t have to keep this dark world a secret anymore. One of Dan’s goals with The Olson Project Foundation is to raise awareness and support for men that are afraid to speak out about their mental health. Through providing the right tools, resources, and support, we will be able to help reduce the amount of secrets being kept by the 6 million men in the U.S.
DONATE

​Aplastic anemia is a deficiency of all types of blood cells caused by failure of bone marrow development.  Upon learning that many of his favorite watersport activities, adventures and quick trips were temporarily still off the table, and that frequent visits to Orlando Regional Medical Center would be the norm, Dan decided it was time to share his story.
​
With Dan’s diagnosis there is a high chance he will have to undergo a bone marrow transplant (BMT) at some point in his lifetime. This procedure includes replacing the unhealthy bone marrow with a donor’s marrow and is one of the riskier procedures. The best chances of a successful BMT come from a sibling’s donated bone marrow.

​In Dan’s case there isn’t a sibling who is able to donate so the doctors must go in to the donor registry in hopes of finding a match. Becoming a bone marrow donor is a simple way to save someone’s life and we encourage everyone to simply swab their cheek and join the registry.

​Hundreds of individuals and families come into medical hardships and life altering diagnosis on a daily basis with autoimmune disease becoming the norm among many. That’s why our goal is provide resources, awareness, funding and support for those undergoing a sudden change in life. ​
​
Autoimmune diseases are usually chronic and may be life threatening. We are on a mission to educate the public on symptoms, life practices and the importance of understanding your body and when it is calling for help. After all if you aren’t investing in yourself – what else is there to invest in?
DONATE

One simple way to save someone's life

For the thousands of people diagnosed every year with life-threatening bone marrow conditions such as leukemia, lymphoma or severe aplastic anemia...     a cure exists.
​And that very cure may exist inside each and every one of you reading this.
​
​Of all the ways to make an impact, we strongly encourage you to the join bone marrow registry today. ​It's as easy and painless as one swap inside your cheek.
SAVE A LIFE 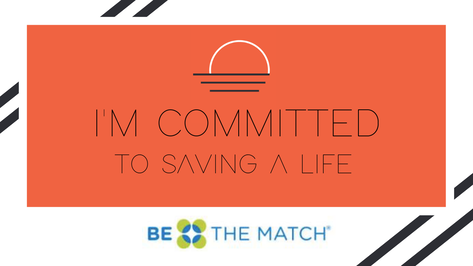